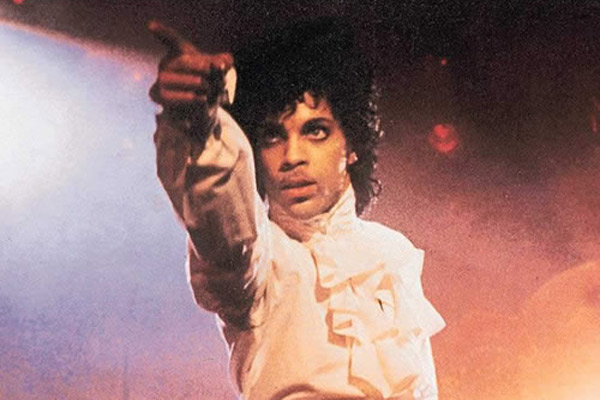 It is getting to the point that on a pretty regular basis people we have admired in film, in our ears, and on our screens will pass. There seems to be a big wash of them lately...but we are losing a lot of greats.  It was sad when Haggard, Bowie etc. died earlier this year, but I can't say I was that affected. A loss to the industry of music for sure, but I can't say I listened on a regular basis. I saved that for the great ones, my go-tos, and one of them was Prince.

This was a 30+ year relationship that Prince and I had. It is one of my great childhood memories, watching Purple Rain with my best friend, and calling her mother in at the dirty part so she could make sure we were covering our eyes. We celebrated Prince and he celebrated us, the album 1999 was the only thing that would wake me up on long road trips in my 20's. There was something about hearing the opening chords of Delirious that a 5 Hour Energy will never touch.

I was a crazyfan of the movie and soundtrack Under the Cherry Moon. Do U Lie? Christopher Tracy's Parade and Sometimes it Snows in April are anthems for me. In fact, I must have played Sometimes it Snows ten times earlier this month as I visited NYC in snowy weather, giggling at the irony.

In 2007, my husband and I joined two friends as we drove down to West Palm to see Prince in an intimate setting before the Super Bowl. I think the tickets were as much as our mortgage but to see him live, to have that memory-is something I will never forget.

Prince has been a part of my own culture for so long, but it is a life lesson with a point of contention-we are now in a totally new generation. I am okay with that but it really makes me sad.

I am sure many Baby Boomers feel the same way the Day the Music Died, but its still a hard pill to swallow.

Even though, fairly they weren't even alive during this time, its hard for me to understand that there is a world out there that doesn't understand instantly what "Go purify yourself in the waters of Lake Minnetonka" means, may think "When Prince was on Apollonia" is just some drivel from a Kayne song, and don't know that Purple Rain was not only a song but a movie (although that was one of the best conversations I have ever had). Shouldn't they teach these things in school?

In all seriousness, this was all literally a generation ago and that is what the journey of life is all about. And now this portion of the journey has ended.

I was driving yesterday and received a text message. At the risk of being dramatic, I was drinking my drink and started choking when I was read my friend's message. She was joking that I had to beat my husband to the punch with this news (we race to tell the other on notable deaths) but this was no fucking joke.,...I pulled over and started looking, certain this was a hoax. I then got sickly nostalgic for my days in radio for the times where, for once, there was an opportunity to do what radio was made for, to be the force to break this kind of news first.

Prince was such a part of what made my life cultured and I will miss that.

'thank you for the funky time'.