No Rainbows. No Butterflies. The Reality of a Failed Adoption. 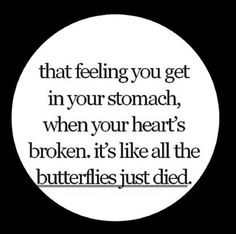 We were very busy in the month of May and June preparing for a little bundle of joy. A baby girl that we spent six months waiting for. A successful quick placement with a birthmother who picked us to be parents of her unborn child. A girl. I wanted a girl so badly, our whole family has boys. This was meant to be.

Since December we have accompanied her to many doctors appointments, ran around town because she was out of money so many times I can't count. We paid her "phone bill" almost weekly, because did you know that Sprint bills are paid weekly? We got fired from one practice for noncompliance as we begged her please just go get your blood work. We gave her cash instead of taking her grocery shopping because she had to do this or that. Glaring red flags with one promise.

We were told over and over again by her, it will be tough but there is no way I can financially or physically support two children. Even thirty minutes before she went into labor. All a lie. Yes, there was indeed a way, we certainly helped and its soaked with emotional and financial extortion.

The birthfather gave her chlamydia and she was madder at that then the fact that he dumped her and threatened to kill her and shamed her on Facebook. I guess all is forgiven as she brought him their daughter this Sunday, his sixth child for the world to see. On Facebook. SO Sweet.

The circumstances made it a journey of all to be told:

The mother and the best friend, who paraded back and forth during labor and delivery on their fifty smoke breaks and giggled knowing all along they had convinced their daughter and their friend the unthinkable. But how funny are "those rich people" looking up each time, waiting for twelve hours... waiting for what was meant to be, what they contractually spent thousands and thousands of dollars for . What they wished for with every bone in their being to come to fruition because after a year of failed unexplained infertility at least with an adoption, you end up with a baby, right?

The letter I wrote to ensure her we would love this baby more than life itself, because apparently this was above said trash's point of contention.

The charge nurse who came out at 10p and said there was nothing she could do. Please. Leave.

The days after. The horrifying realization that you told everyone for the support and the prayers and now you had to untell people. Asking to not be bothered then wondering why certain people didn't ignore this advice and reach out to you anyways and getting mad all over again.

The door. That remains shut. Because behind it, although not full boat holds so many pieces of what was gonna make your family a reality. A cradle, oodles of clothes, a car seat...the start of a nursery.

Making appointments with the state atty instead of the infant photographer who spent days making the perfect poof.

The amazing friends who call and check in every day even knowing I don't want to be seen or spoke to. Even the girl who I have known for a week that was there for me because she also shared something horrible. The friend who made me two days of dinner and two bottles of wine. A girl I know not as well but adore dropping off even more wine with a note that was written from her soul.

My best friend who in a sick mirror of circumstances stood by my side the entire time, flooding back to what I am sure what was painful reminders of her losses, but reminding me that even miracles take a little time. Her gorgeous son was worth the wait. And, he is.

A former client who is going into my mothers house of hoards and helping me get the stuff of value out. Refuses any assistance or payment for going up and beyond. Because life does have to go on.

A Leadership mentor reading me this quote from To Kill A Mockingbird, “I wanted you to see what real courage is, instead of getting the idea that courage is a man with a gun in his hand. It's when you know you're licked before you begin, but you begin anyway and see it through no matter what."
It made me cry, and not really understand why anyone could count me brave instead of just stupid.

My loving husband. we have laughed, he has watched me moan and cry and we drank and we remained quiet to process and repeated. Driving around just to do something but having nowhere to go. We thankfully are bonding instead of pulling away.

He went back to work today. I feel terrible for him because I begged him to tell his work..and normally such a private person he finally did, only to now deal with (I am sure) "the look" and the questions and the "how is she doing?"

How is she doing? Processing, truly going through the stages of all grief but adding fury, disbelief and a little loss in faith and humanity. Praying instead to Karma this time that it will take care of this unbelievable nightmare we are living. Not feeling very brave at all.

Email ThisBlogThis!Share to TwitterShare to FacebookShare to Pinterest
Labels: The Journey