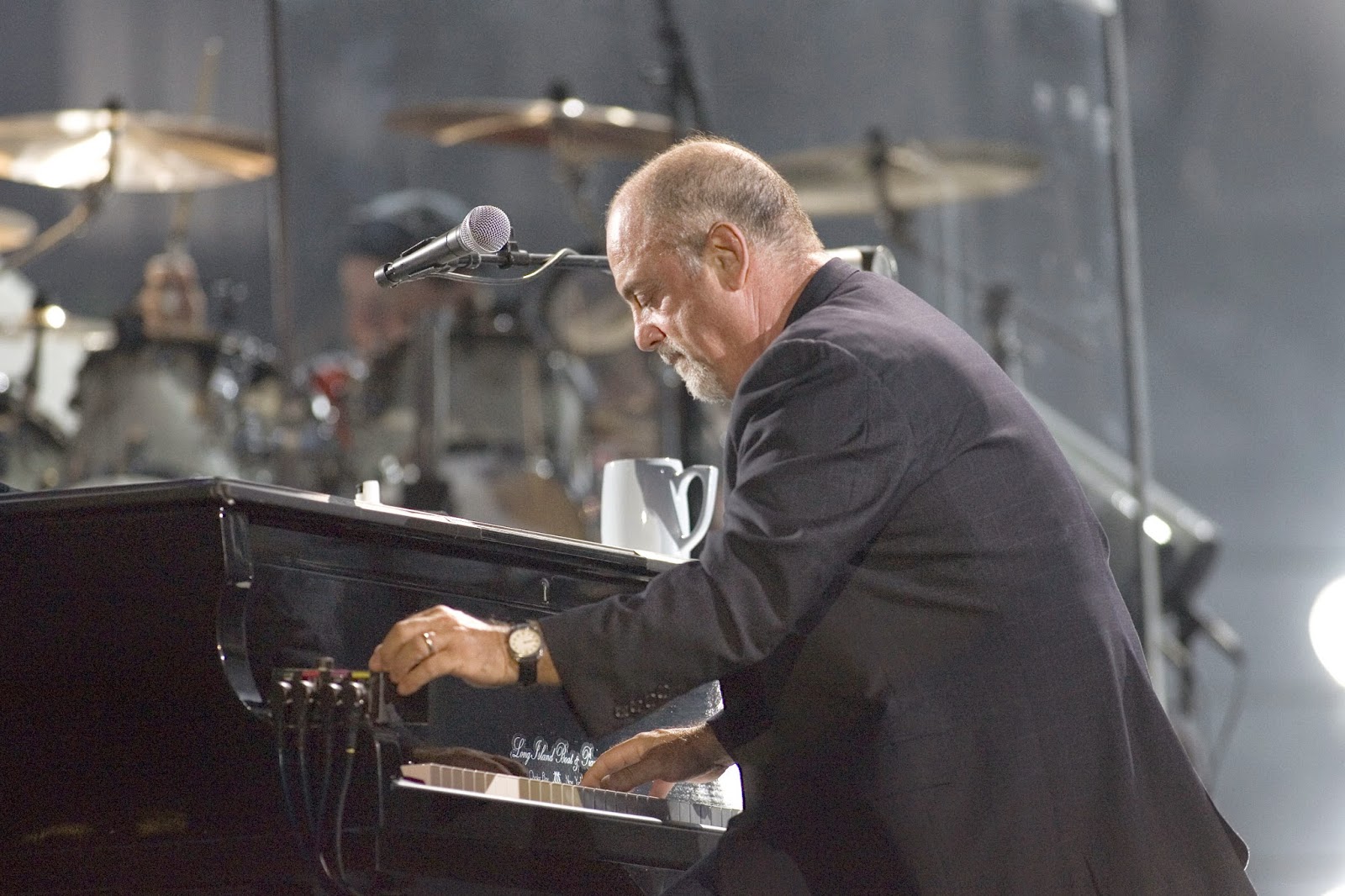 This is amazing news. I am really excited that one of my all time favorite performers is coming to Orlando!!

"It’s a very exciting time to be in Downtown Orlando as its vibrant art scene continues to thrive and our world-class venue for entertainment welcomes a long-revered artist,” said Orlando Mayor Buddy Dyer. "I'm excited to announce another major event and invite our community to celebrate the New Year with Billy Joel at the Amway Center. This is yet another example of the Amway Center continuing to deliver on its promise of bringing the very best in live entertainment to our Central Florida community. It will be a Truly Legendary New Year’s Eve celebration!"

"It's an honor and a thrill to welcome Billy Joel back to Orlando after seven years to perform at the Amway Center and ring in the New Year," said Orlando Venues Executive Director Allen Johnson. "A celebratory evening with this inimitable artist will surely be remembered as one of Amway Center's Truly Legendary concerts.

Billy Joel is one of the highest grossing touring artists in the world. Having sold over 150 million albums globally, his music has remained among the most popular in the world. The singer/songwriter/composer is the sixth best-selling recording artist of all time and the third best-selling solo artist.

Recently, Joel was honored by Steinway & Sons with a painted portrait that hangs in Steinway Hall in Manhattan, the first non-classical pianist to be immortalized in the collection.  He played to more than 110,000 fans when he performed the final concerts at Shea Stadium, featured in the 2010 documentary film "The Last Play At Shea.”  This week, Joel will receive The Kennedy Center Honor, one of the United States' top cultural awards.

Joel has received six Grammy® Awards, including the prestigious Grammy Legend Award. He has been inducted into the Songwriter’s Hall of Fame and the Rock and Roll Hall of Fame and has received numerous industry awards. His music has also served as the inspiration and score for the hit Tony Award-winning Broadway musical “Movin’ Out.”

TICKETS: $49.50 - $149.50. Buy tickets at amwaycenter.com, Chase Box Office at Amway Center, Ticketmaster retail locations, charge-by-phone at 800.745.3000 or at Ticketmaster.com.  All dates, act(s) and ticket prices are subject to change without notice.  All tickets are subject to applicable taxes, service, handling and facility fee charges.  For Amway Center box office and ticket information, visit amwaycenter.com (phone purchases are not available through the Amway Center box office).  The Amway Center is located at 400 West Church Street and the box office is located on the north side of the Amway Center, near the intersection of Church Street and Hughey Avenue.

ABOUT AMWAY CENTER
The Orlando Magic served as the developer of the Amway Center, which hosts major national events, concerts and family shows.  Opened in the fall of 2010, the facility is owned and operated by the City of Orlando on behalf of the Central Florida community. The Amway Center was designed to reflect the character of the community, meet the goals of the users and build on the legacy of sports and entertainment in Orlando. The building’s exterior features a modern blend of glass and metal materials, along with ever-changing graphics via a monumental wall along one facade. A 180-foot tall tower serves as a beacon amid the downtown skyline. The 875,000 square foot, Leadership in Energy and Environmental Design (LEED) Gold certified building features a sustainable, environmentally-friendly design and unmatched technology, including 1,100 digital monitors, the tallest high-definition video board in an NBA venue and multiple premium amenities available to all patrons in the building. Amway Center was recently honored with TheStadiumBusiness Awards’ 2013 Customer Experience Award and named SportsBusiness Journal's 2012 Sports Facility of the Year. For more information about the Amway Center, visit www.amwaycenter.com.