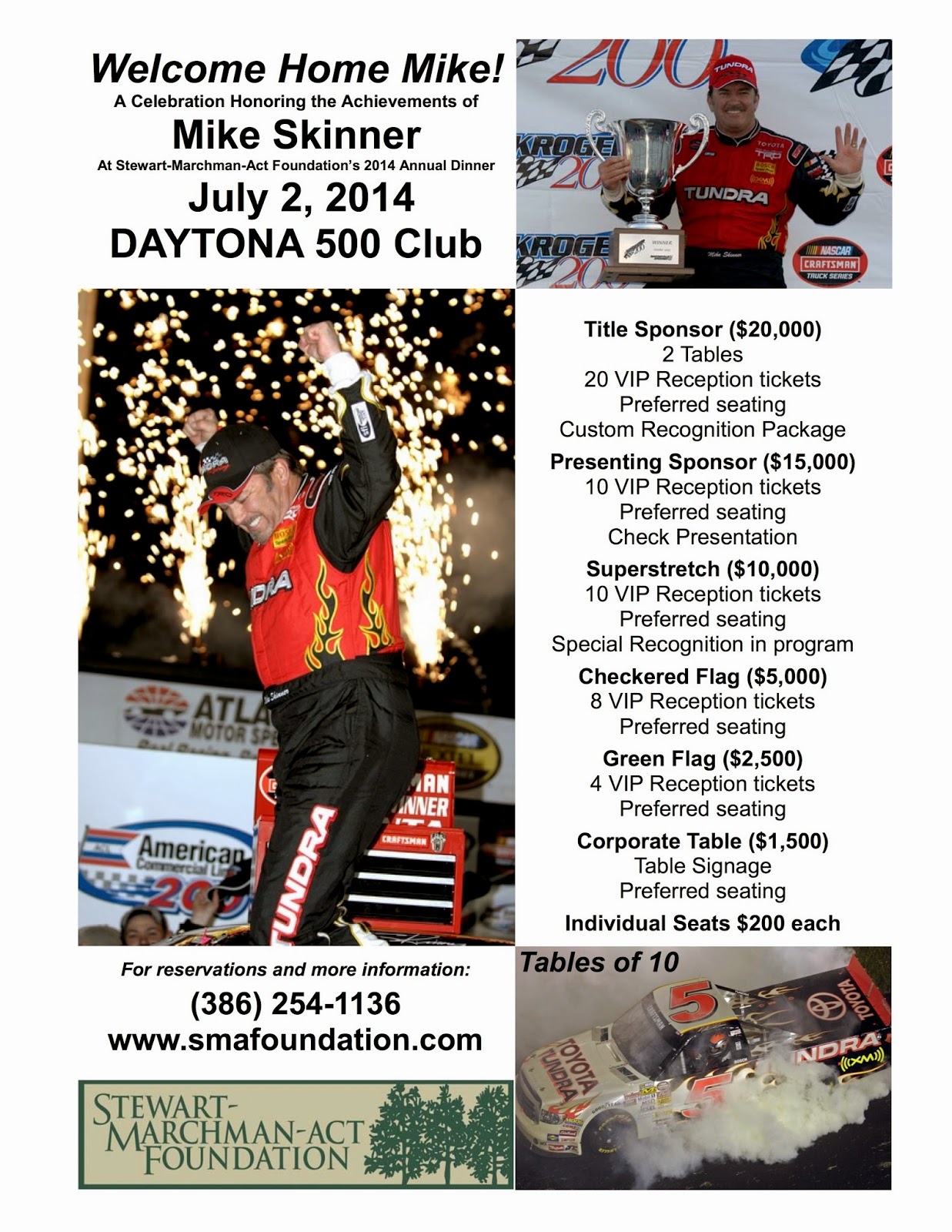 Every July, The Stewart Marchman Act Foundation honors a person for their actions on and off the track. Commonly this is a member of the NASCAR community but always a REALLY fun event. The SMA Foundation is hosting it's annual fundraising dinner at the Daytona 500 Club at the Daytona International Speedway on July 2nd.  This year's honoree is veteran NASCAR driver Mike Skinner, the foundation welcomes him "home" as him and his wife Angie lives in Daytona Beach part of the year.

If you are in town for the race, or have a business that would like to support an awesome cause, this is your ticket. AND my friend is the chair of the Foundation, so you know it is for the right reason!

Event sponsorships, corporate or family tables, and individual seats are still available, but they are filling up fast.  If you would like to be a part of honoring Mike Skinner, please contact the SMA Foundation at 386.254.1136 or click here for sponsorship packet.

About Stewart Marchman
The Stewart-Marchman-Act Foundation was established in 1997.  Their sole purpose and mission is to build resources to compliment the programs of SMA, conduct behavioral healthcare research and provide community education.