NASCAR Fans Can Nominate An Outstanding Volunteer At www.NASCAR.com/award 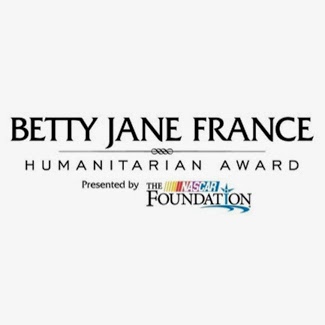  With the annual award presentation – which takes place during the NASCAR Sprint Cup Series Awards in  Las Vegas – The NASCAR Foundation honors passionate volunteers and NASCAR fans who work
 tirelessly to turn kids into winners, no matter the challenges they face. More than 50,000 children have
 been helped through the combined efforts of finalists over the first three years the award has been
 presented.
 
“The nomination process, in and of itself, is very inspiring, as we are introduced to the good works of so many individuals who personify what the foundation – and the award – are all about,” said The NASCAR Foundation Chairwoman Betty Jane France.

“This process leads to a challenging next step: determining the four finalists for the award. And that should be a challenge, as that reflects the fact there are many, many NASCAR fans doing some great things in their respective communities.”

Last year,The NASCAR Foundation announced Don Post, event chairman of the March of Dimes
 Kansas City chapter’s “Bikers for Babies” motorcycle ride, as the winner of the Third Annual Betty Jane France Humanitarian Award.
 
Post’s $100,000 donation was used to help grow and develop existing March of Dimes programs,
 including research on how to improve the health of newborns, funding for educational initiatives and
 community programs such as support groups that help parents cope with their baby’s hospitalization,
 transition home and even death. Building on the momentum of community support surrounding Post’s
 win, Kansas Speedway matched the donation with a $100,000 contribution.

The finalist who secures the most online votes will be announced as the winner during the 2014 NASCAR Sprint Cup Series Awards in Las Vegas. The winner will receive a $100,000 donation to their children’s charity.

Family, friends and colleagues may nominate an outstanding volunteer at www.NASCAR.com/award. The deadline for submitting nominations is Friday, May 16, 2014, at midnight ET.