If it takes a village to build one, I am glad International Speedway Corporation is behind One Daytona. The new project has just confirmed its first two tenants.

An article from the Daytona Beach News Journal states that the two leases come less than a week after both the city of Daytona Beach and county government officially committed to contributing a combined $44.5 million to help cover the $53 million bill to create a network of water and sewer pipes, sidewalks, retention ponds and parking garages.

One Daytona is a premier entertainment, dining and retail destination project proposed by Jacoby Development and International Speedway Corporation. 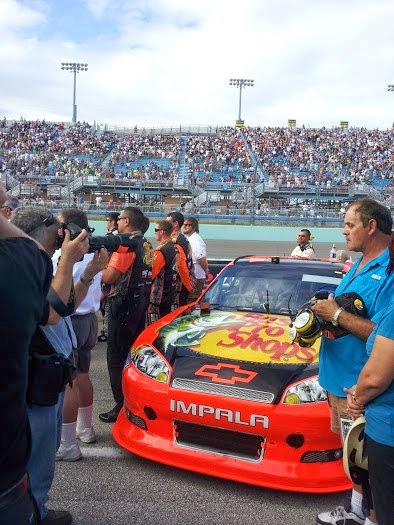 Bass Pro Shops®, America's most popular outdoor store, and Cobb Theatres, the highly respected Southeastern-based exhibitor, have both signed letters of intent to anchor the development.

A Bass Pro location is an obvious choice to be across from the Daytona International Speedway. No stranger to the NASCAR scene, Bass Pro has sponsored a couple of teams and drivers including Jamie McMurray and Tony Stewart.

The other lease signee is Cobb Theaters. The new theater will be 60,000 square feet, and it will include 12 screens.

One Daytona promises to become an urban village packed with places for race fans to play, locals to get a bite or a little night life, and others to make their home.

ONE DAYTONA will be located directly across from the legendary Daytona International Speedway.

This potential landmark development encompasses 181 acres ISC already owns north of International Speedway Boulevard in Daytona Beach, FL. Near the crossroad of I-95 and I-4, this project is in close proximity to the World's Most Famous Beach and at the doorstep to the third-largest consumer region in the United States with approximately 17 million people.

The preliminary conceptual designs for the first phase of ONE DAYTONA include 1.1 million square feet of world-class shopping, fine dining, hotel, theater and other entertainment just steps from the "World Center of Racing".