Living in Central Florida, we seem to be on the nation's radar a lot...shark bites, Spring Break, the Casey, the Trayvon...not normally in the greatest of lights.

The one thing that we have in Daytona that I am proud of is our NASCAR presence. In Daytona, we hold two race weeks, but today is the Super Bowl of them all-the Daytona 500. It has been touted in Forbes as one of the most valuable sports brand in the world. That is pretty impressive, and its great to be a part of that.

Yesterday, at the Nationwide Drive4COPD race, there was a huge wreck...actually one of two red flags that had injuries. ESPN/FOX were really quick-making a game plan and executing great television coverage. Because I am the nerdy news junkie, and you don't think of this like I do...remember this is impressive because they aren't normally reporting on too many things tragic. It was great to see them really deliver.

But if you were smart, you went to Twitter. NASCAR has been great partners with Twitter in its earliest stage. I learned most of what I know about social media when we had our Racing Fashionistas blog several years ago. It was a time where Twitter wasn't known to many, but in the NASCAR scene...it was the quickest way to connect and be informed in its earliest stages. It was beneficial for us  and for our blog as we watched races with other fans and grew our following. Soon the drivers were on board personally tweeting, then the crew chiefs, spotters and other key members of the sport began using Twitter as a platform and a way to communicate socially.

While traditional media was limited to saying the same few things over and over awaiting confirmation from the Speedway and NASCAR....the social media coverage from people like Marty Smith (ESPN) and Tom Bowles (Frontstretch.com) was stellar. I am sure there was more that contributed but between the two of them, and my friends on the inside I had accurate information that I could help our radio station and MRN affiliate report on the situation. In time of tragedy, here is where Twitter wins. We took full advantage of these resources to become quick, real time and breaking where others failed.

Even this morning, on my NBC local affiliate on the day of the area's biggest race of the year, I am listening to a taped report from last night speaking about the crash mentioning Reagan Smith, (incorrectly pronounced as Ray-gan), reporting on Danica Patrick and how she finished (because that is pertinent) and a report on Michael Annett's condition that was old..really old.

Using Twitter and following the correct people if you are either interested in real time accuracy or want the actual story is pertinent. It moves quicker than the traditional sources and it is more of an insider's perspective with real people that are reporting personally-not from a prompter. I don't wish to take away from that traditional platform, but it sure would be beneficial for them to embrace this form of reporting and mix it in while they are waiting for something more official like this:

You would think you would get this from your traditional sources that report all day every day (NBC, CNN, etc) but I am thankful for ESPN, Jayski and FOX Sports to lead the way by using social media resources as a method of reporting. Recognizing that the public could benefit from a Twitter or Facebook perspective makes me wish they could report on all the non sports related stuff.

Marty spoke us back with the Racing Fashionistas in 2010 about his initial experiences with Twitter, I am so glad that he stuck with it...wondering if he still has a Blackberry tho!!! Read that article here.
Pin It
0 comments

Chobani-You made a Lover Out Of Me

We all strive to eat healthy and I was so excited to try out this Greek yogurt everyone has been trying. When I tried my first cup, I mistakingly bought any ole brand and did not like it. I tried it and I failed!! That is until I tried the amazing creaming luxurious taste of Chobani....oh! I love it so! I feel like a scene in Forrest Gump because I am gonna use it in everything!! For breakfast, For lunch and for dinner, for snacks, in dishes, for dessert....I am addicted!

In honor of Valentine's Day, it's time to discover the newest crave-worthy snack in town, Bite. With a perfectly portioned cup in shout-it-from-the-rooftop flavors, 4 PM will never be the same.

Share the love and give a coupon to your sweetheart. Or, keep both. We won't tell! 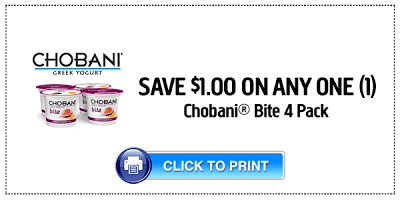 I am also giving away a CASE of Chobani!! Sharing the love on Valentine's Day from me to you!!

a Rafflecopter giveaway Pin It
12 comments

When I was in DC last week, I had the pleasure of going to see Cabaret in Washington DC. This was amazing thing to wrap my head around, because it is one of my favorite musicals and my friend's most talented cousin Alison was performing. I could barely stand the wait.

To see such a magical performance in such a place like The Keegan Theater was something I will not soon forget. I will echo the Washington Post's review and say the location made it intimate and emotionally involving...I don't think I  would have been so moved at a larger venue. They also announced at our performance that they are renovating, how exciting!!

If you are in the DC area, please make a point to go see Cabaret through March 2nd. But, more importantly follow them on Twitter and Facebook so you can keep up with their progress!

When I was in the theater, I thought this would be a cool place to do my first Vine, (follow me @littleblogdress), its my new obsession.


Admittedly  it was terrible but here is the actual video that I took before the second act started.  I am always a little nerdier when it comes to social media when I travel...prob because I have a little more downtime to play!

Last week, I came across a cool article on some ideas how Broadway can use social media to reach those billions of internet and mobile-connected people around the world.

Here is the article from Randi Zuckerburg's new website dot complicated on social media and the theater.