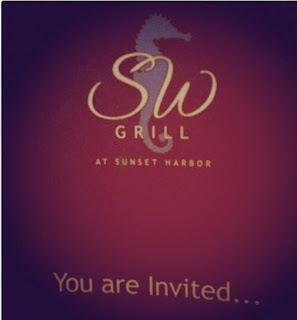 Diane and I were really excited to be invited to the newest endeavor of the Stonewood Restaurant Group: SW Grill at Sunset Harbor for many reasons.

First off, the Stonewood Restaurant Group has won us over many times with our almost weekly pow wow breakfast at Peach Valley Cafe. Stonewood Grill and Tavern, who makes my favorite Salmon app ever is also one of my favorite places for a great dinner and yummy wine.

In addition, any new waterfront (river is my preference) addition to this town is embraced and welcomed. Not to mention, the very seldom occasion of a restaurant opening done properly in Daytona Beach makes me grab my party dress tout suite.

There is some sentiment and pride to see something created in your backyard. The first Stonewood Grill and Tavern was built in Ormond Beach about a decade ago. They now have 16 locations! Another thing from a nerdy observation, they have a very intimate pool of management that they work with as they build outward. Its pretty neat to see.

Ok, on to the awesome! We took the early seating on Friday and for once we were on time. Smiling hostesses greeted us upon arrival and informed us that we were the very first guests on a Friday ever! You can sense the excitement buzz from the employees as we entered the restaurant.

When we entered, a SW Fish Market of sorts greeted us. The fresh catch of the day and other fresh entries were displayed. I thought it was a nice touch to remind you exactly how fresh their faire is. 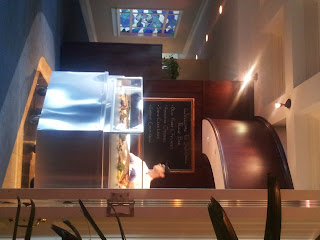 When we sat down, we were greeted by our cheery waitress Nicole who explained what was in store for us this evening. One app to share, cocktails, an entree a piece and a desert. She also explained that the restaurant has taken a lot of time picking out their signature cocktails and those were her favorites. As I skimmed the menu, the SkinnyGirl Coconut Mojito jumped out at me. I just saw this cocktail on a blog and was looking forward to trying this interesting concoction! Yay! 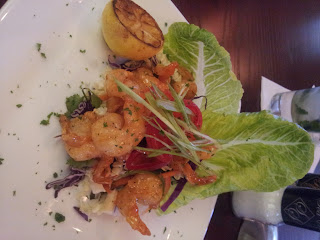 Nicole described parts of the menu and gave us some insight of what was some of her favorites. Lucky her, as a new employee they had a chance to sample everything on the menu. She was also taking our order on an iPad which of course I loved.

We decided on the SkinnyGirl Coconut Mojitos, Spicy Shrimp as an app, a House Salad to split, Diane chose the Mediterranean Chicken and I chose the Prime Rib.

The Spicy Shrimp came out right away. Look how beautiful it is! Tender crispy shrimp served over Napa Cabbage with a red pepper sauce. It is their signature appetizer, and was suggested by David-their Food and Beverage Manager. 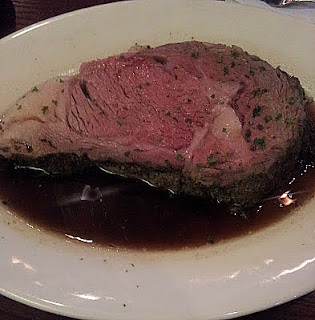 At any new restaurant, I tend to try whatever the restaurant is meant to be known for. However, I am such a fan of Stonewood steaks I knew I was not going to be disappointed. Understatement of the century. Check out my 12oz Prime Rib! It's a monster of awesome! Cooked perfectly in a Rosemary Au Jus...I ate every single bite!! 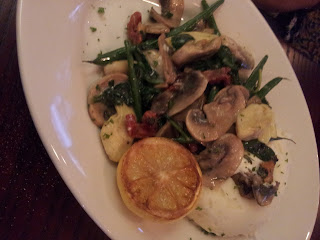 Diane chose the Mediterranean Chicken. Every bite was better the last, spinach, artichokes, goat cheese, YUM!! I am for sure going to get this the next time.

Even though at this point I could barely move, my favorite Creme Brule was taunting me! So good! 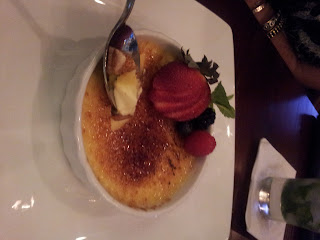 Throughout the dinner we were checked on often and visited by various members of their management and staff. There are plans to build an outdoor bar of sorts which will be awesome in the Spring weather. I look forward to spending a lot of time here and hope they think about opening up for brunch on Sundays!

SW Grill at Sunset Harbor is located at 861 Ballough Road in Daytona Beach. Check out them on Facebook an Twitter.